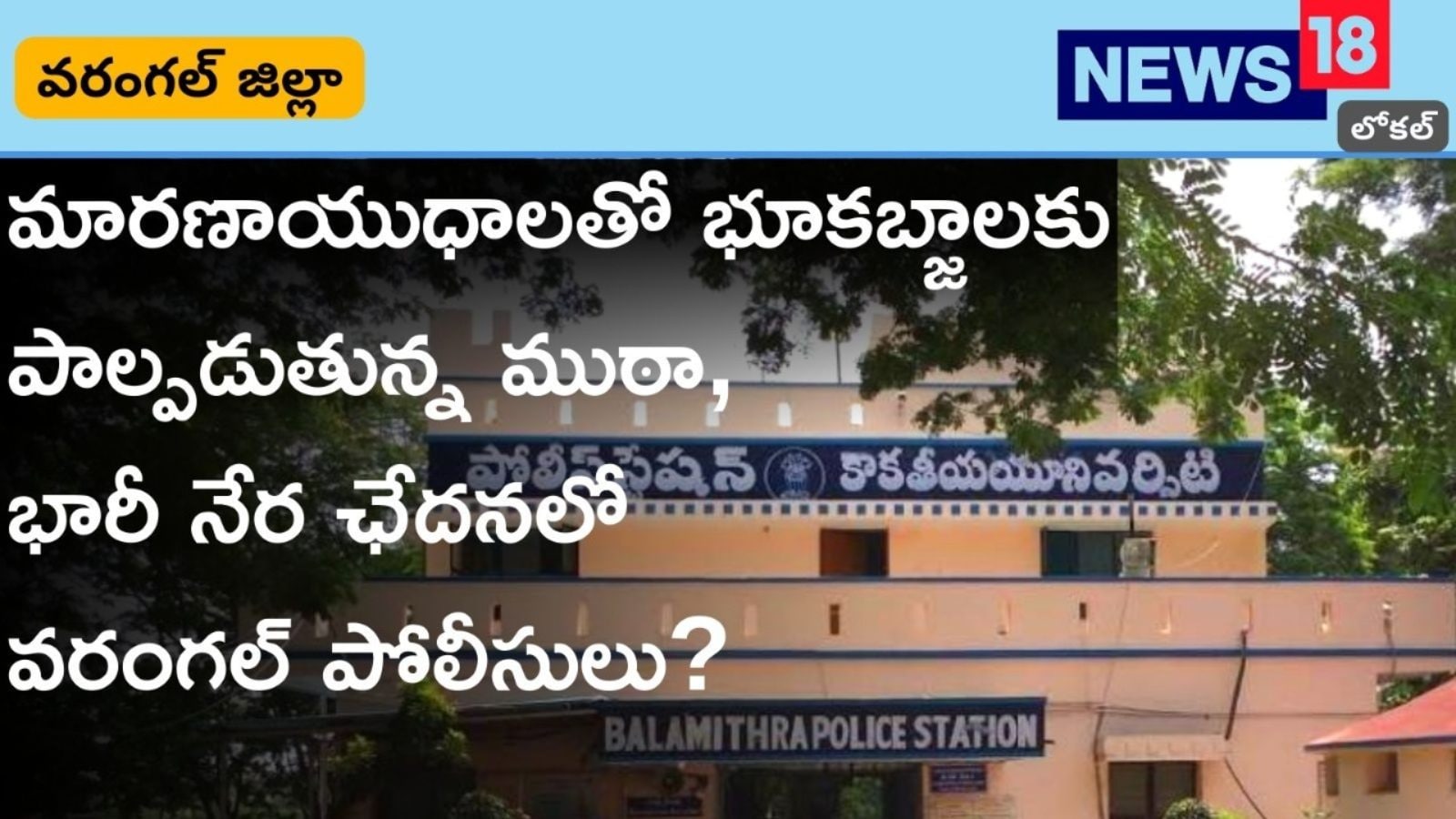 Even though hardened criminal Naeem is dead, the activities of Naeem’s gang members are still going on. In various areas under the Warangal Police Commissionerate, they are committing land grabs and terrorizing people by showing guns and talwars. Members of this gang. According to KU sub-inspector Bandari Sampath, Ketapaka Ramesh of Hasanaparthi mandal, Bojja Haribabu of Bhimaram, Aluwala Naresh of Sayampeta mandal, Mekala Ramesh of Siddapuram village, Panga Ravi of Hasanaparthi mandal and Praveen of Bhimaram were found to be involved in land grabbing. Police chased and caught a Fortuner car at Palivelpula cross on Saturday night after it was speeding suspiciously. When the car was checked… lethal weapons like talwar and gun were found in the trunk of the car. When the people in the car were detained and interrogated, the truth came out.

The police arrested six and interrogated them and the names of the main accused came out. Police have identified Muddasani Venugopal from Odela, Reserve Inspector Sampath Kumar from Manchiryala district and Kranti Kumar, driver of former MP Mallanna from Mogullapally as the main accused. Among them, Venugopal, a member of the Naeem gang under Reserve Inspector Sampath Kumar, is known to have led all these affairs. Police investigation revealed that many people in the city were threatened with deadly weapons and terrorized and their lands were encroached upon. The police revealed that cases have been registered against them under IPC 386, 506, Red with 34 IPC and 25 (1)(A) of the Armed Act.

Where is Reserve Inspector Sampath?: The KU police, who interrogated the six land grabbers, brought many things to light. There are also allegations that on some occasions RI Sampath Kumar even brandished his service revolver and threatened people and made land grabs. RI Sampath Kumar has become very close to the youth by conducting free coaching for police unemployed candidates across Warangal district through a program called SUMARK. Candidates who took training from him were suddenly surprised when allegations were made against Sampath in this program. The Warangal Commissionerate Police has started a massive search operation for the absconding four members. If you get any information about the accused, the police advised to call 100 and provide the information.

The stops they made were: A lawyer bought land for Rs. 80 lakhs and within a few days Rs. Sold for 2 crores. The police investigation revealed that land grabbing was done in Battupally, Ellapur, Hanmakonda, Komireddypalli, Gopalpur, Chintagattu and other areas as well as in the district center. It is learned that two elderly people were also forced for two days for the land of 315 yards, land was taken from them and they were not given even a single penny. Muddasani Venugopal and Sampath Kumar have their own house in Kakatiya Colony Phase 2 near Hanmakonda Peddammagadda. It was in this house that settlements, threats, detention of people and entertainments were arranged for the guests. The police believe that the real facts will be known only if the four absconding members are caught.

from your city (Warangal)

With an eye on 2024 elections, BJP plans to widen base among Yadavs, Pasmanda Muslims and other storiesSEXI News