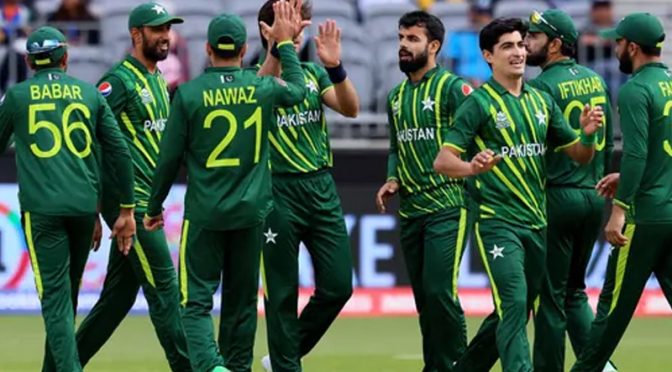 Islamabad: (Web Desk) Former national cricket captain Muhammad Hafiz has advised Pakistan to play aggressively in the T20 World Cup semi-finals.
The T20 World Cup semi-final is being played today in Sydney, Australia between Pakistan and New Zealand and all eyes are on Sydney as both teams are determined to win.
Partly cloudy in Sydney, but no rain. In T20 World Cup and international matches, Pakistan has a heavy burden, while against New Zealand, Pakistan is unbeatable.
In T20 World Cup Pakistan won 4 out of 6 matches while in T20 International matches Pakistan won 17 out of 28 matches.
Former national cricket captain Muhammad Hafiz advised Pakistan to play aggressively, then former captain Moin Khan said that it is undoubtedly a pressure match.
Reflecting on the T20 semi-final, the player said she hoped the team would return home with the World Cup trophy.